Become a Friend of New Norcia

Enter your details below to sign up and become a part of this historic community.

As a Friend of New Norcia you will receive a regular newsletter with news of New Norcia and its events and will have the opportunity to participate in preserving and sharing this unique national treasure.

The Story of New Norcia

New Norcia was founded on its present site in March 1847 and since then has been a mission, a monastic town, a place of education and now a tourism destination.

Next to the famous Cathedral of Santiago de Compostela in Galicia was the Benedictine monastery of San Martín Pinario. There, two young men had made their monastic profession, promising to live a fully monastic and obedient life. Following closure of the monasteries by the anti-clerical government in Spain in 1835 one of these men, Dom José Benito Serra, went to the renowned Abbey of the Most Holy Trinity of Cava, near Salerno in Italy. After a few years of waiting in vain for his own monastery to re-open, Dom Rosendo Salvado followed Serra to Cava.

In 1844, and fired by missionary zeal, the two monks applied to the authorities in Rome to be missionaries and were assigned to the newly appointed first Bishop of Perth, Rt Rev John Brady. Brady led a large missionary party to Australia, reaching Perth in January 1846. Brady divided the WA Mission into three districts and it was to the Central District that the two Spanish Benedictines, a French Benedictine novice, Dom Léandre Fonteinne and an Irish catechist, John Gorman departed.

The group set out in February 1846, travelling by way of Toodyay and Bolgart. From there, accompanied now by two Aborigines and two servants of Irish settler John Scully of Bolgart, they proceeded north-west and made camp in this district.

The initial months were difficult. Gorman was accidentally shot dead (by Fonteinne) in June that year, and Fonteinne, distraught following the accident, abandoned the mission and returned to France. So it was the two Spaniards who were responsible for the foundation of the mission that grew into the New Norcia of today. Although, as its inaugural superior, Serra had responsibility for the mission, his appointment in 1849 as Co-adjutor Bishop of Perth diverted his missionary energy. After ten very active, but fairly troubled years, he left for Europe in 1859, never to return. So the first period of New Norcia’s history is usually known as the Salvado Era. 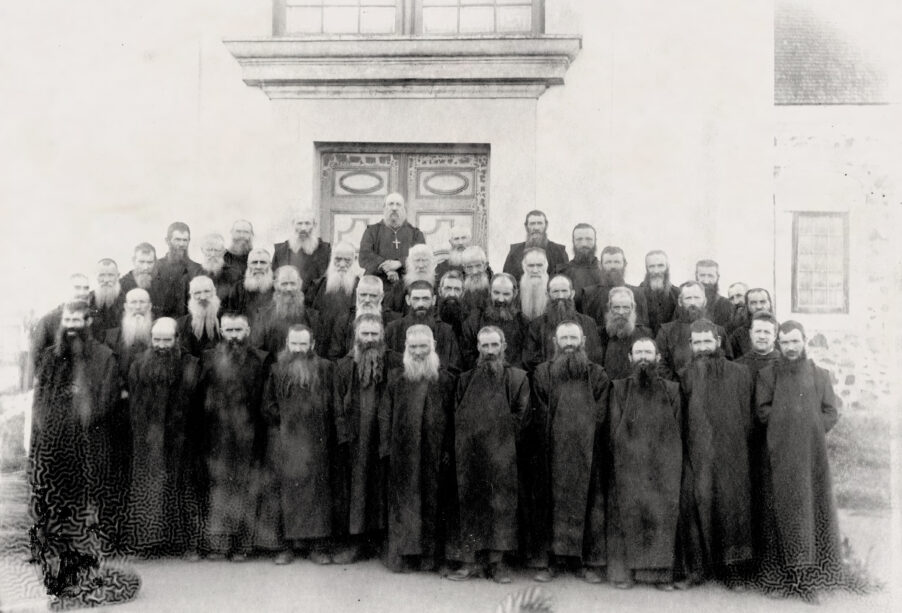 The first fifty years of New Norcia’s history are dominated by the towering figure of Bishop Rosendo Salvado (1814 – 1900). Salvado spent 54 years of his life making New Norcia one of the most progressive and successful missions in Australian history. Salvado’s original vision was to create, among the indigenous peoples of the Victoria Plains, a Christian, largely self-sufficient village based on agriculture.

However, after the decimation of the local populations by introduced diseases in the 1860’s, he concentrated his activity on giving a practical education to the indigenous children who were brought to New Norcia from all over the state. Like other missionaries of the nineteenth century, his aim was to ‘civilise and evangelise’ according to the European ideals of the time, but he did so with sympathy for indigenous culture that was rare in his day.

Salvado led a monastic community which, at its height, numbered seventy men, most of whom were Spaniards and lay brothers. His several fundraising trips to Europe provided him with the means to acquire land, to construct buildings and to purchase books, vestments, art works and ritual objects as well as stock and equipment. Practical success and his own personal charm combined to make Salvado both a notable Western Australian and an international figure in the Benedictine world. 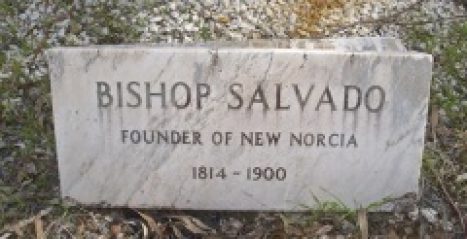 Sadly, in 1900 during a trip to Rome, Salvado became ill and died at the age of eighty-six at the Monastery of St Paul Outside the Walls. His body was brought back to New Norcia by the Community and interred in the Abbey Church where it rests today. It is a reported that when news of Salvado’s death reached New Norcia the local Aboriginal people cried and wailed for three days.

Following Salvado’s death, New Norcia changed direction and, over the next fifty years, became less of a bush mission and more like a traditional European style monastic settlement. Education and community care for Indigenous people continued, but the emphasis shifted towards the educational and pastoral needs of the population of rural Western Australia. More monks were ordained priests and more time was devoted to prayer, intellectual pursuits and artistic work.

This process began with the arrival from Spain in 1901 of Salvado’s successor, Father (later Abbot and Bishop) Fulgentius Torres. Finding the Mission in decline, he sold land to raise development funds. He personally designed and supervised the building of St Gertrude’s Ladies College (opened 1908), and St Ildephonsus’ College for Boys (opened 1913), staffing the former with Josephite Sisters and the latter with Marist Brothers. In his fourteen years as Superior, Torres carried out significant improvements throughout the town. He paid particular attention to the interior decoration of the town’s buildings, bringing the Spanish woodcarver Juan Casellas and the monk-artist Fr Lesmes Lopez to New Norcia to create the many fine works that are now part of its rich heritage.

During Torres’ period as Abbot, Rome sanctioned the Bishop of Perth’s proposal to extend the area administered by New Norcia Abbey to cover 30,000 square miles.

Torres led explorations to the North West and in 1908 established the Drysdale River Mission (later Kalumburu) in the far north of the State.

Torres died in 1914, his health undermined by his travels up North. 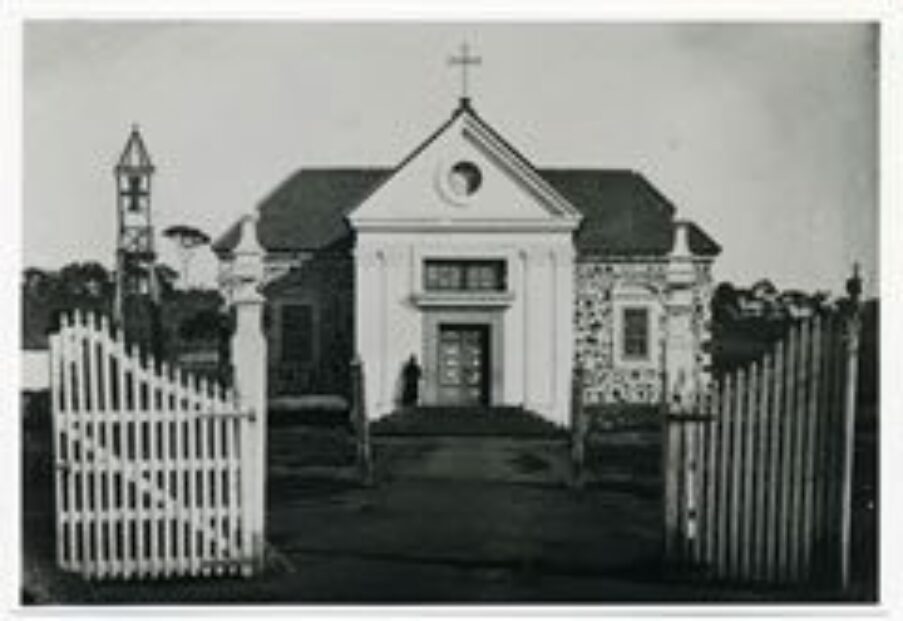 The direction set for New Norcia by Torres was continued during the leadership of Dom Anselm Catalan, from 1916 to 1951.

Catalan was Abbot during a period of social upheaval with two World Wars and the Depression.

He stabilised the monastery during his time, but also added to the fabric of the town with the building of the Hostel and greatly encouraged the work of Dom Stephen Moreno, New Norcia’s talented composer of religious music.

Change occurred first within the monastery. In an effort to attract more Australians, the monastic lifestyle was adapted to better suit local conditions. The reforms of the Second Vatican Council in the late 1960s further simplified and clarified both monastic life and worship. Outside the monastery walls, the changes were even more dramatic. The number of parishes staffed by the monastery was reduced to just the parish of New Norcia, the Aboriginal schools closed in the 1970s and formal secondary education ceased with the closure of New Norcia Catholic College in 1991.

Change has also come in the shape of a growing tourism business and since the 1980s, hospitality at New Norcia has flourished and diversified. Today the town attracts thousands of visitors each year and the Community offers guided tours of the town where you can see (and hear) the history of New Norcia brought to life.

In addition to the Hostel, the Monastery Guesthouse provides accommodation for those seeking an experience of quiet and refreshment. The former College buildings are now used for camp groups for adults, including workshops and conventions. In 1996 the monks established an Education Centre to further interpret the site for visiting students. The Education Centre offers schools a range of programmes, including Aboriginal studies. 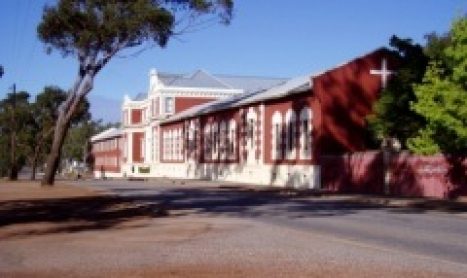 The Museum and Art Gallery is often the first port of call for visitors. It has many fine displays of art works and artefacts. The Museum and Art Gallery also has all the information and brochures that relate to the town, its present and its past. It houses a gift shop, which sells items relating to New Norcia and the local area. The town tours operate from the Museum and leave twice daily (except for Good Friday, Christmas Day & Boxing Day).

The Roadhouse, including a General Store, is responsible for the provision of fuel, oil, basic groceries and café services to visitors to New Norcia. The Roadhouse also serves as a Post Office and provides an overnight stay area for campers and caravaners. There are powered sites and self sufficient caravaners can camp down near the oval area.

Hidden behind the walls of the Monastery’s southern cloister the Guesthouse is a place of retreat for people seeking to quietly share the simple life and rhythms of the Benedictine monastic community of New Norcia. Guests can participate in guided retreats and the monks are available for spiritual direction on request. Or visitors can do nothing but soak up the peace and quiet.

Full details of these businesses can be found in the relevant areas on the New Norcia website. If you are interested in learning more about New Norcia’s history there are several books for sale at the Museum Gift Shop, such as ‘A Town Like No Other’ and ‘The Story of New Norcia.’